An Abdominal Aortic Aneurysm is commonly repaired using one of two techniques: Open Repair or Endovascular Repair (EVAR). The classic open repair, first performed in the 1950s is a tried and trusted, durable procedure essentially unchanged over several decades. However, it is a major surgical intervention with significant risks, including a small risk of post-operative organ failure and even death. The endovascular repair, is less invasive, and the risk of serious post-operative complications is lower. Unfortunately, not all Aortic Aneurysms are suitable for endovascular repair. For those that are, the short term advantages of the minimally invasive procedure over open surgery are clear, however life long X-Ray follow-up (scans every 6-12 months) is required and sometimes, the stent-grafts inserted with the endovascular repair fail and require further interventions to correct in the course of follow-up.

This operation requires a cut along the middle of the abdomen and sometimes in the groins as well. The aorta is clamped above and below the aneurysm and the diseased part of the blood vessel is replaced with a plastic graft ( a straight tube or an inverted- Y-shaped graft), sewn in place (Figure 1). After the surgery most patients spend several days in the intensive care unit and remain in hospital for approximately 1 week.

With this less invasive technique the diseased blood vessel is not opened or clamped, rather a new pipe (stent graft) is place inside the disease vessel, relining it an excluding the diseased wall of the aneurysm from the circulation. The stent graft is delivered in a compressed form through the femoral arteries (which are accessed through an incision in each groin) and when positioned in place it is released and expanded. Usually several stent grafts are placed which overlap and seal within each other in an inverted-Y-shaped configuration (Figure 2). Post-operatively intensive care stay is not usually required and most patients return home within 5 days of the operation. 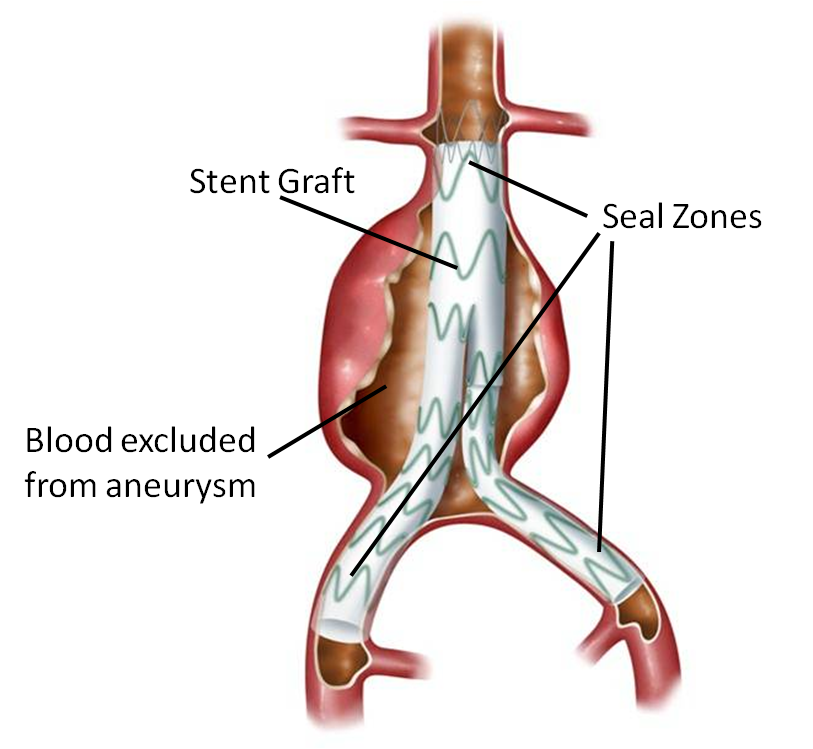 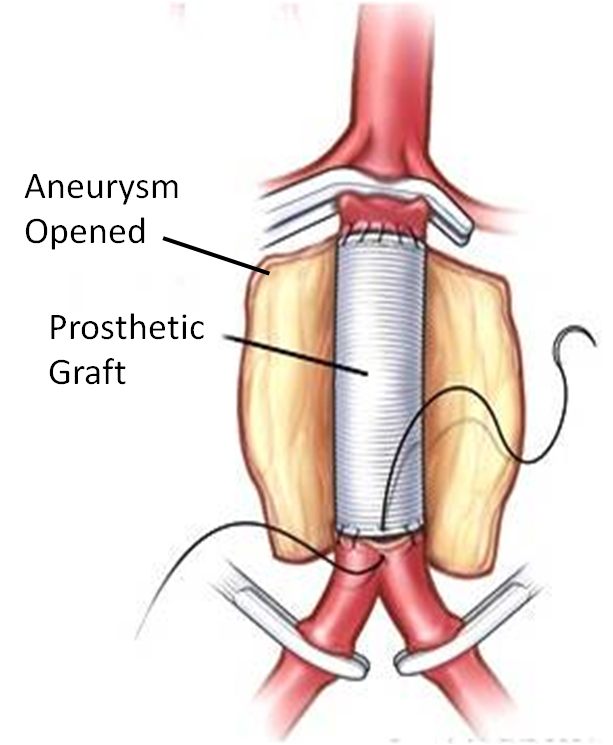